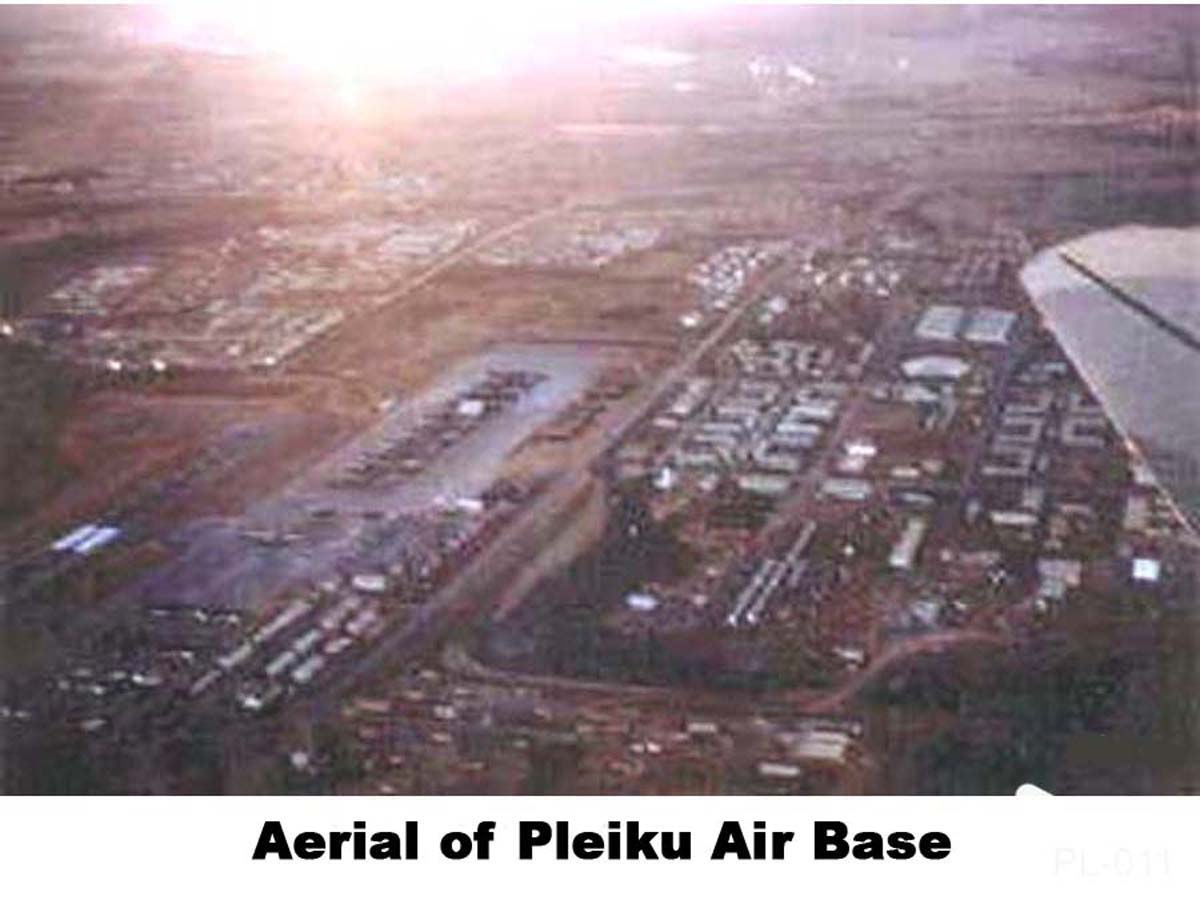 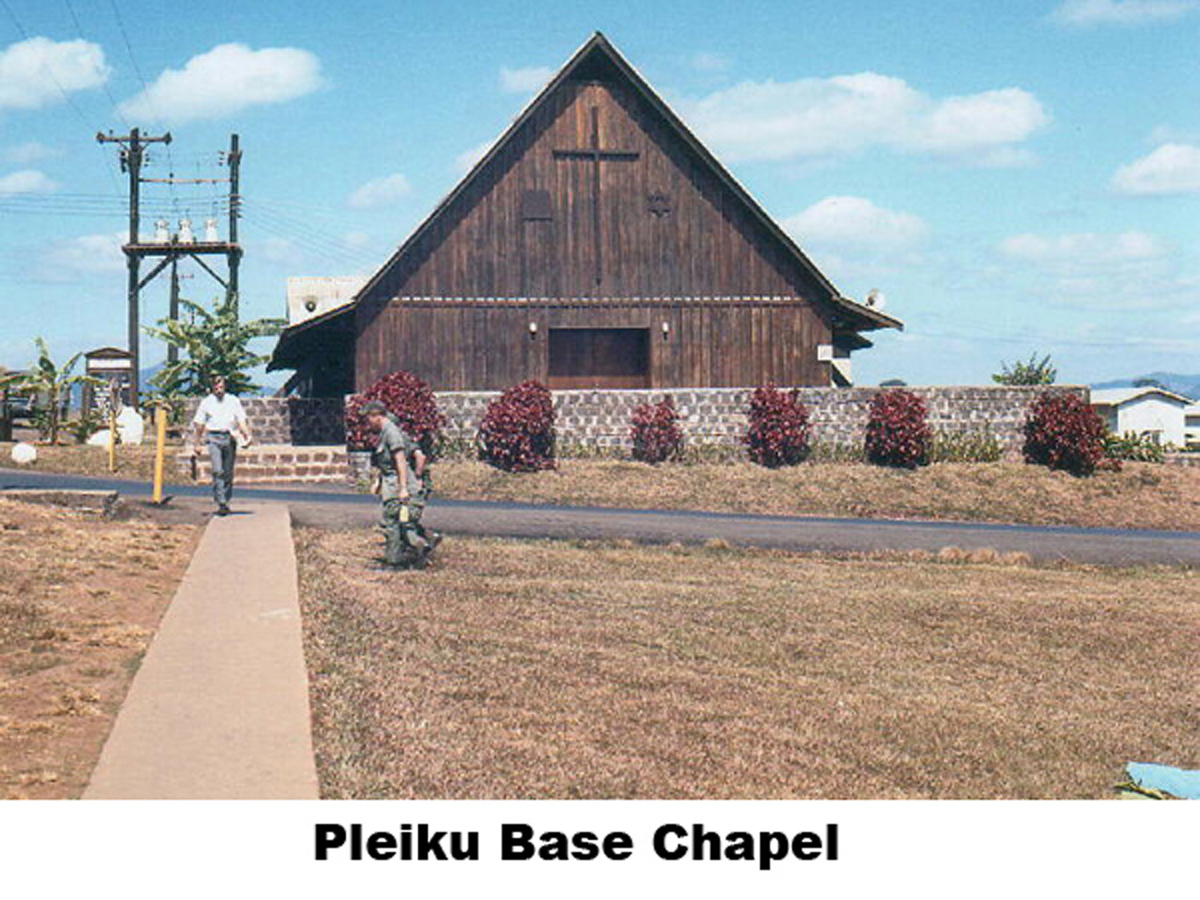 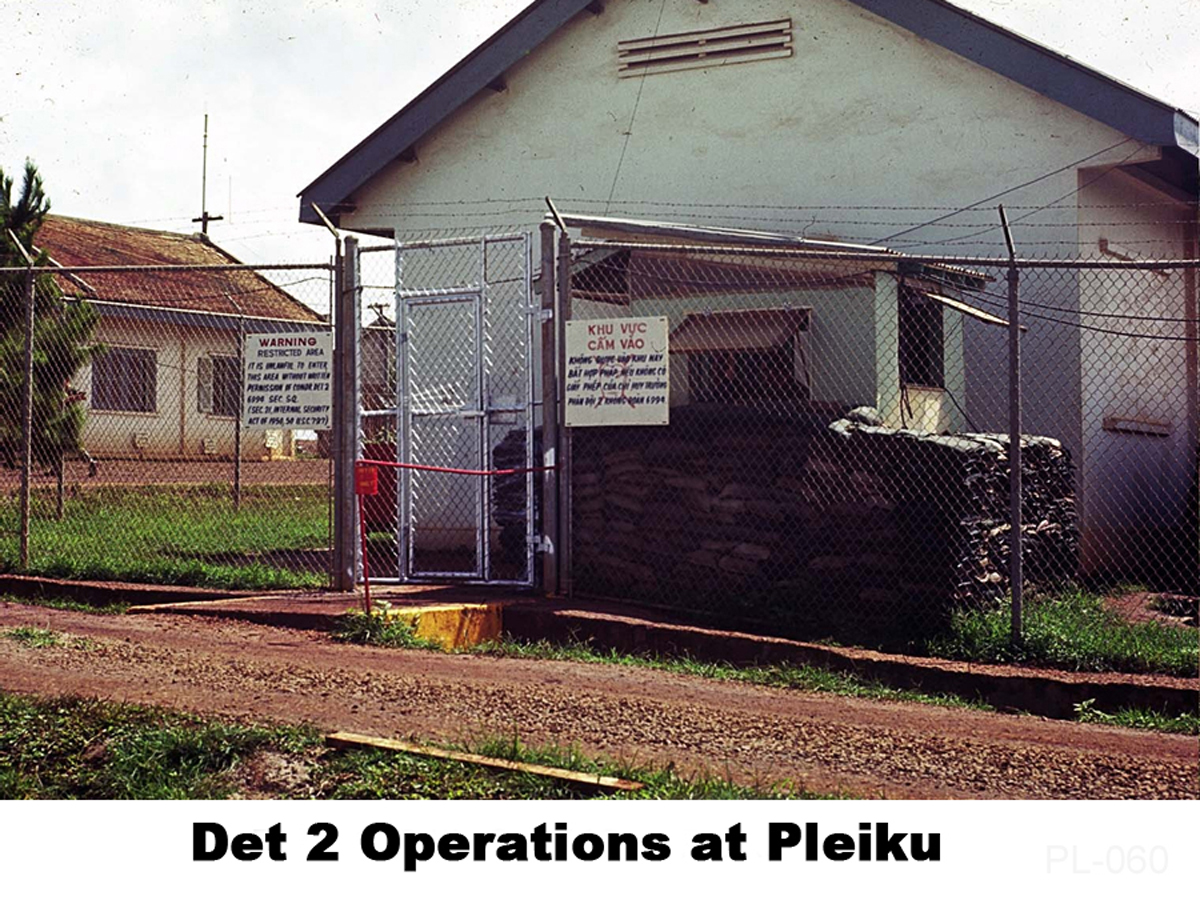 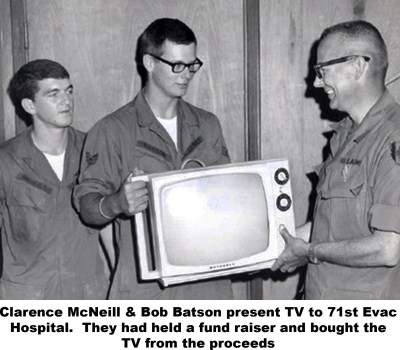 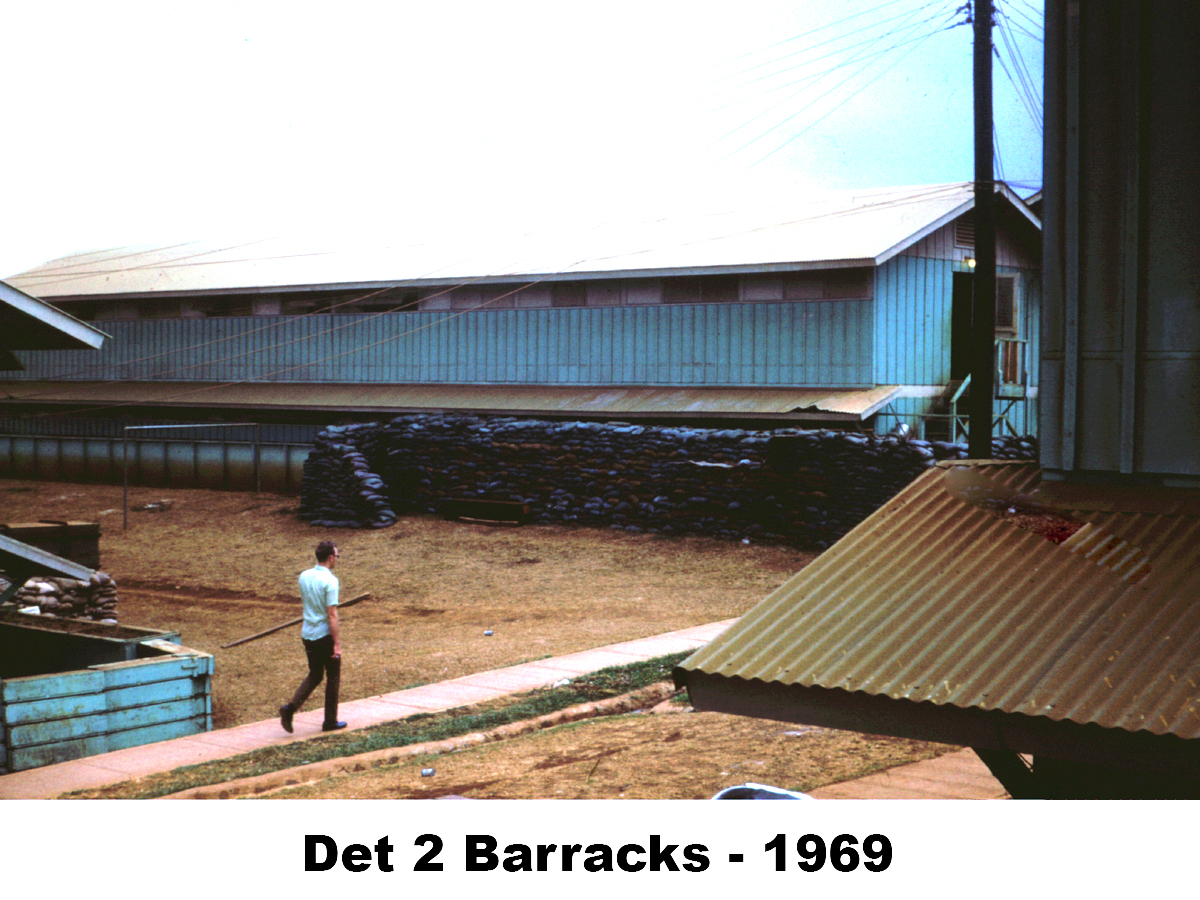 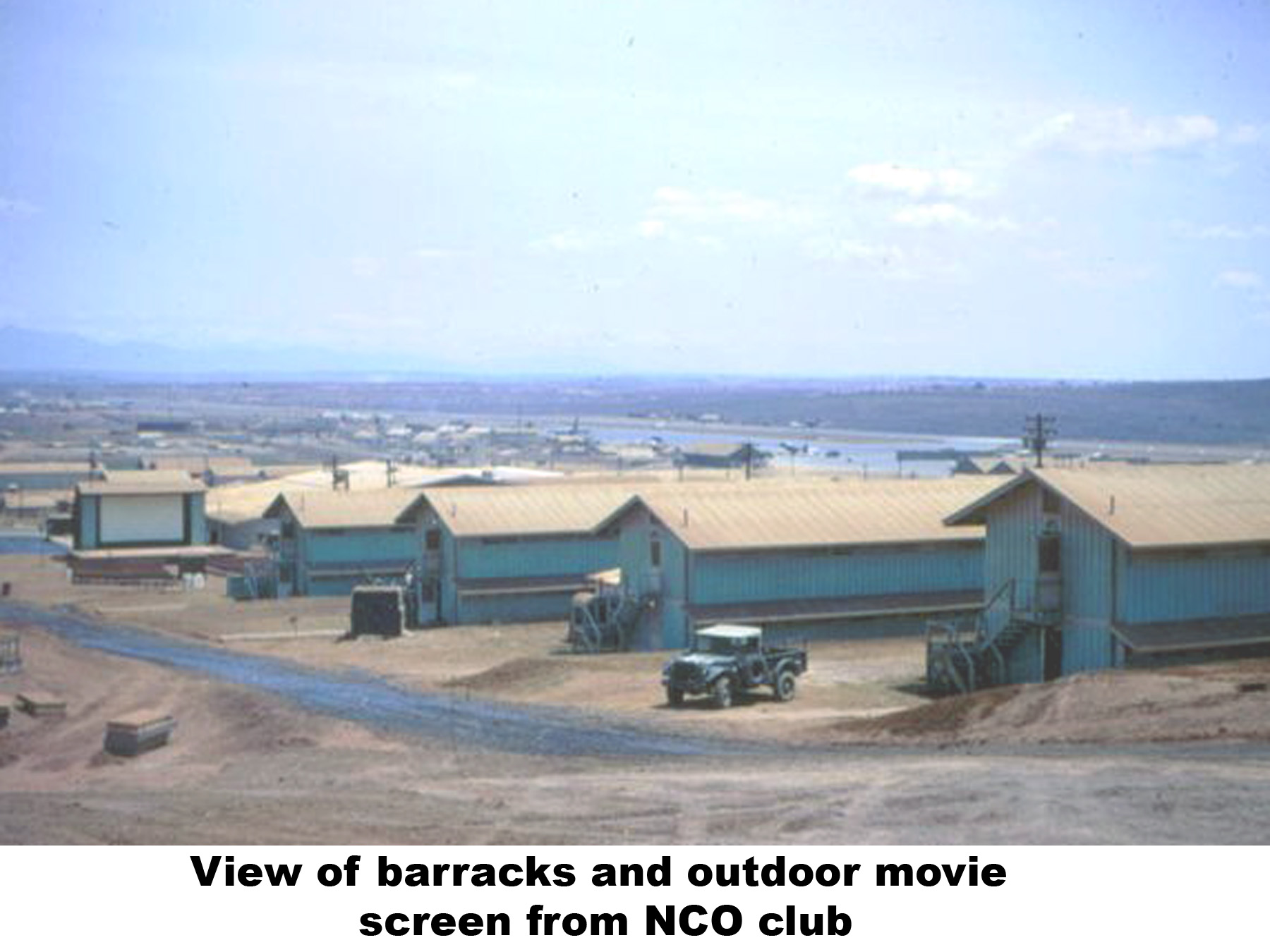 Detachment 2 of the 6994th Security Squadron first became operational at Pleiku AB, which was located in the central highlands of the Republic of Vietnam. Capt. Ernest Short was the first commander at Det 2 at Pleiku. Personnel were assigned to detachment in 1 September 1966, but the it wasn’t until 8 December 1966 before the first EC-47 (tail number 44-77254) was permanently assigned to Pleiku AB. Eventually, 16 aircraft were based out of Pleiku. The detachment operated out of Pleiku from 1 September 1966 to 1 June 1970, when it moved to DaNang AB, RVN.

Det 2 personnel were also active in base and squadron activities. For example Bob Batson and Clarence McNeill noted a definite lack of entertainment for injured personnel undergoing treatment at the 71st Evac Hospital. Rather than sit around and do nothing, they held a fundraiser that raised enough money to buy a TV for the hospital. Others, like John Pferdehirt used their talent to entertain others, and played guitar in a country and western band that entertained at the base clubs and open houses.